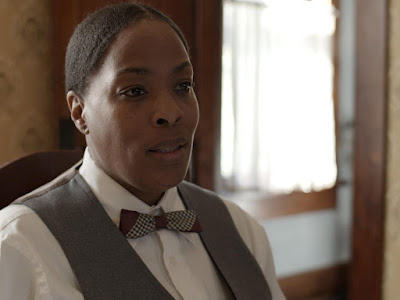 Small chamber film about the meeting of poet Dunbar and the mayor of a town where he is to speak. The mayor is hesitant  to let Dunbar speak fearing that Dunbar’s activist side would cause a stir.

A mannered film  about a moment in time the film springs to life when a raging Dunbar recites I Know Why The Cage Bird Sings and the hairs on your arms stand up in as an electric moment as you will see all year. It’s a stunning performance that should put A. Slate on everyone’s list of go to performers, not to mention  into awards consideration, but the aversion of most people to seeing short films may keep this happen.

Still if you are reading Unseen Films you can track the film down and see this small gem of a film and the moment where it captures lightning in a bottle.