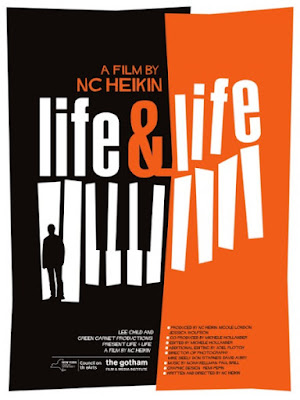 This is a portrait of Reggie Austin who in 1979 murdered a single mother  while he was high on drugs.  Sentenced to life in prison he remained there for almost 4 decades. However over time he became a model prisoner teaching the other prisoners music. As his notoriety grew people began stepping in to see if they could help get Austin out on parole.

This is an excellent look at Austin and the penal system in America.  While we get good portrait of Austin the film scores bonus points by giving us a great deal to consider about the purpose of jailing people. While no one in the film is arguing against punishment, there is a great deal of discussion about how much punishment is enough? If we want to change the people we are incarcerating shouldn’t we allow them to get out if they have shown that they really have changed for the better? Its not an easy thing to answer and we get to hear from the various people who have to make the decision about whether to let Austin out or not.

However as I said above this is also an excellent portrait of Austin.  We get to see him talking about his life, his crime and more importantly we get to see how he interacts with the other musicians in and out of the prison. It’s a wonderful explanation of how – changed and why he should be allowed to get out. And not to put too fine a point on it we also get to hear some great music.

I loved this film a great deal. It is recommended when it plays at the New Hope  Film Festival July 30th and The Martha's Vineyard African American Film Festival August 9