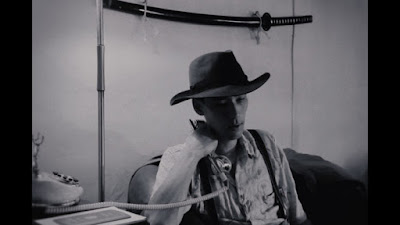 Director Fredrick Hana makes films starring his friend Marius. Marius is half Swedish and half Japanese, his father having met his mother on a trip to Japan. Years after his mother abandoned the family and cut off all connection, the two men decide to try and find Marius' mother.

Wonderfully atypical documentary mixes a love of the movies, the film shifts styles, with a genuine desire to solve a mystery. Its a glorious mix that makes the film something special, not to mention something that stands out. I say that it stands out because my one thought watching the film was a sadness that I wasn't seeing it with an audience since I wanted to talk to a people about the film.

This is a really good film and I recommend it.