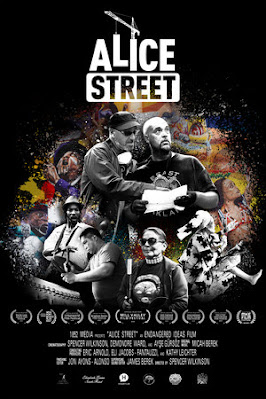 The film is the the story of artists, Pancho Peskador, a Chilean studio painter, and Desi Mundo, a Chicago-born aerosol artist who come together to plan and execute a 4 story mural in Oakland at Alice street where the African American part of the city meets the Chinese. Normally the two communities were wary of each other, however through the discussions about the mural door ways were opened and the two communities began to come together to fight the gentrification that is over taking the city.

The Summer Impact Events in July:

Virtual screening in partnership with the American Institute of Architects Orange County
(AIA Orange County) for their Diversity and Inclusion program. https://www.aiaorangecounty.org/events-one/virtual-movie-night

Virtual screening in partnership with Reiss-Davis Graduate School (Los Angeles, CA).
A panel of psychologists will discuss the trauma of gentrification.
https://education.reissdavis.edu/