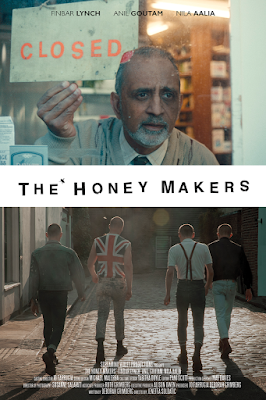 Very good story of Indian immigrants from Uganda who move to London in 1984. They are running a shop and have run a foul of some skinheads who are tormenting them. They also have an infestation of bees in the backyard.

Well done little film screams out for a feature expansion. The cast is dynamite and I would love to see what they would do with more material to tear into. There is also a lot of great threads  here that could be expanded.  This really is a killer film.

That said, this is recommended.