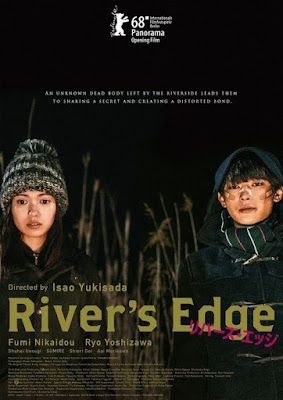 River’s Edge is not real life.

Now, obviously as a fiction film it is not trying to be real life, but I point it out because at times it threatens to be all the same. It’s not the aspect ratio, which is a bizarre-in-2018 4:3 coming from a camera that often feels out of time, or even the completely bizarre documentary-type sections where key characters are being interviewed by an unnamed prompter about their pasts, presents, and futures.

Part of it might be the period 1990s setting, which was more than realistic enough to someone who never went to Japan in the 1990s – though the introduction to the screening by New York Asian Film Festival programmers assured us it was faultless. River’s Edge is based on a manga from the 1990s (inspired by a Keanu Reave’s movie from the mid-80s), so perhaps it had to be set then, but that’s not a particularly interesting reason to do something. I think that director Isa Yukisada (if not necessarily writer Misaki Setoyama) had something else on his mind.

The camera in River’s Edge spends much more time at its namesake location than its characters do. They appear there for critical plot points, but the film itself returns to it as a form of transition: the smokestacks of the factory on the opposite bank and the liquid gushing back from said factory into the river. (If you didn’t realize that the latter was important from the wide shots, one particular transition zooms right on into the twin pipes.) 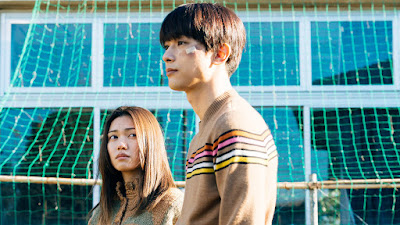 Early on, a TV plays in the background and talks about the reduction of ozone in the atmosphere. This clearly matters, because it’s the only time in the entire film that dialogue is taken away from its characters.

The toxic environment itself is as much a part of the story as the people living within it. And hoo boy are those people toxic.

In its opening moments, a teddy bear has been burned. Soon after, the closest thing we have to a protagonist, Haruna Wakagusa (Fumi Nikaido), finds a naked boy tied up and trapped in a locker in an abandoned school building. He is unconscious. All I knew about the movie from the introduction was that it was a corpse movie (this taken from the source’s source material), and I thought that maybe that was it. But no, he’s alive. Beaten, humiliated, but alive. He is Ichiro Yamada (Ryo Yoshizawa), and he’s our secondary protagonist, a closeted teen targeted for reasons that aren’t entirely clear and don’t seem to be related to his sexuality.

But we see him beaten again, and it is horrific to watch. One thing that has always stuck out to me in Asian films (Japanese and Korean in particular) is how visceral dramatic violence feels in comparison to the kind Americans typically see. Punches and kicks aimed at this passive victim have an intensity that an English action movie wishes it could match. But here it’s serves not to entertain but to disturb. And it does that in spades. 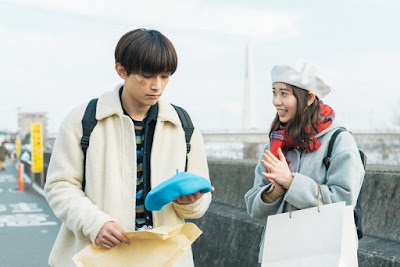 The violence in River’s Edge is brief. It is presented as spontaneous, though someone who has seen a normal amount of dramatic movies will see things coming. How the violence ultimately plays out, however, they probably won’t. Whether it’s actively laughing at you while defying expectations is hard to say, but it’s certainly not following that expected script. (This is a good thing.)

But it’s not just the violence that disturbs; the sex – which is mostly consensual-ish – is genuinely disgusting. It’s a revolting mix of performance, imagery, and the worst sounds one can possibly imagine played at a level that verges on unbearable. In fact, the audio in general is the catalyst for most of the film’s painful moments. Any sound relating to objects entering or exiting the body – and the mouth in particular – is enough to make you want to join a character in her post-meal purges.

It’s all very real in the worst possible way, but none of it is real life. And you are reminded of this fact with each line of dialogue. No one talks like an actual human. One minor character in particular exists solely to exposit, with every single line serving to just fill the audience in on goings-on; but pretty much everyone has these kinds of conversations. They feel so out of place in the realistic backdrop that you can’t ever really lose yourself in the actions. You are held at arm’s length, watching the drama unfold often dispassionately. Even as horrible things happen to characters, your concern isn’t really for them so much as at them. The depiction is the awful thing and not the event in and of itself. 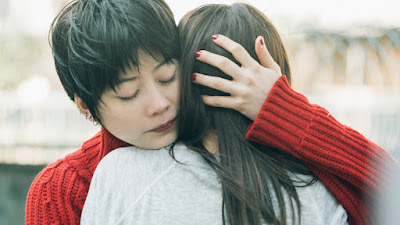 Oddly enough, this makes the film more effective, because it forces you to think about what’s really happening and how you’re reacting (there’s nothing else to do during those B-Roll factory transitions). If forces you to think about how the characters are reacting, often with a dispassion bordering on psychopathy. When one character happens upon another one having just committed literal murder, the response is not to run or alert the authorities but get a shovel and start digging. Why? Because no one cares.

In those documentary sections I mentioned earlier, character motivations come to the forefront, with particular attention paid to how they relate to their peers. These sequences are divorced from any sort of clear narrative timeline (with one in particular making absolutely no sense whatsoever but serving a devastating – if expected – character purpose), which further confuses things and pushes the viewer away, but they make themselves work in the bigger picture. You just have to accept them; in the end, you’ll feel that they were necessary.

In that way, River’s Edge infects you. It pours its pollutants into your brain as it inundates you with horrible sights and sounds. It grabs you and forces you to look into the void. And you can’t look away.

You don’t want to look away. 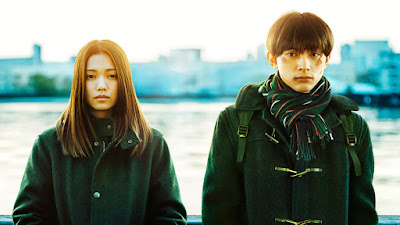