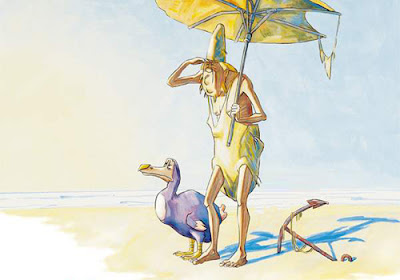 The Second Annual Animation First presented by French Institute Alliance Française (FIAF) opens on Friday and runs through next Sunday and it’s a must attended. A glorious collection of (mostly) French animation it has some of the coolest films you’ll see all year.

They are featuring a good number of classic films (KIRIKOU AND THE SORCERESS and ONLY YESTERDAY) as well as some new ones (FUNAN), the festival is something that will open your eyes to the possibilities of the animated form. It will also delight you to no end.

The festival is honoring the great Michel Ocelot who will be appearing with several of his own films, introducing a favorite feature and some shorts, as well as sitting down for a long talk on Saturday. Ocelot is a glorious speaker and if you love animation you should sit and hear him speak. (I am running a review of his IVAN TSAREVITCH which is running as part of the fest and I’ve linked to a brief talk he did a couple of years back following a screening)

Having seen most of the films screening I really don’t want to say go to something over another because they are all good. The selections are so wide and varied that there is almost certainly something that will delight you. I will however strongly suggest that you do note the age recommendations for the various films and collections. I say that because the Annecy collection, which has some the most incredible animation of the whole fest,  has a couple of shorts that are not for smaller kids.

Trust me you want to go to the festival. It is so good that despite seeing most of the films I am trying to move my schedule around so I can see some of the films again as well as see the Ocelot talk and the SWALLOWS OF KABUL work in progress.

To help you decide what to see we will be running reviews starting tomorrow and continuing through the end of the festival.

Go buy tickets. Better go buy a lot of tickets and indulge your senses. Tickets can be had here.
Posted by Steve Kopian at January 20, 2019