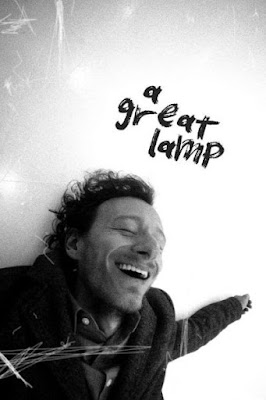 In early 2017, director Saad Qureshi called his friend Donald and confessed he was feeling suicidal. “Donald,” he pleaded, “if we don’t make a film right now, I’m going to kill myself.” Donald, a cinematographer, agreed on the spot.

Two years later we have that film, a black-and-white, 76 minute whatchamacallit made with less than ten thousand bucks entitled A Great Lamp. Channeling the 16mm movies of the early American indie movement of the late 80s and early 90s—Gus Van Sant’s debut Male Noche (1986) feels like its primary stylistic jumping-off point—Qureshi’s film is a meditative, melancholy spasm of despair which somehow twists back around into a triumphant declaration of hope and survival. It focuses on three nobodies in a small North Carolina town. The first, Max (Max Wile), is a homeless crossdresser whose bubbly attitude masks an unhealed grief towards his grandmother’s recent passing. Traipsing through alleyways in a long dress, he wheat pastes pictures of her on walls like he was a sticker bombing street artist, hoping they’ll keep her alive in the town’s collective memory. He eventually meets Howie (Spencer Bang), a well-dressed young man in a dress shirt and tie whose traveled from Arkansas to see a rocket presumedly scheduled to fly over the town in a few day’s time. It doesn’t take long for Max to figure out that there is no rocket and that Howie left Arkansas under very different circumstances. And elsewhere, there’s Gene (Steven Maier), a sad-eyed drop-put living with his parents who pretends to get up and go to work every day at a job he secretly quit months ago. Terrified of confessing to his father who got him the job, he spends his “work hours” bumming around town, sniffing old books in bookstores, and trying to figure out how it all went south.

Much like Richard Linklater’s DIY masterpiece Slacker (1990), there’s no real story, just a procession of short vignettes surrounding a group of eccentrics as the camera travels through their community. But as these vignettes keep circling back around specifically between Max, Howie, and Gene, their hurts and scars get peeled back and they talk and heal and move on. Maybe making this movie saved Qureshi’s life. If it did, I have a feeling it’s hard-won, hard-earned optimism might save a few more, too. It’s a lifesaver. Literally.