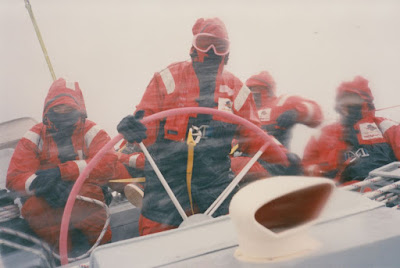 This is a repost of the review that we ran when the film played the Camden International Film Festival in September.

I don’ know what else to say. I was held on th edge of my seat from start to finish. And when the finish came I was just as misty as the people on screen telling the story simply because I felt like I went too and shared the trip.

Highly highly recommended. It is not only one of my favorite films but easily one of the very best films of  2018 and a must see
Posted by Steve Kopian at January 23, 2019