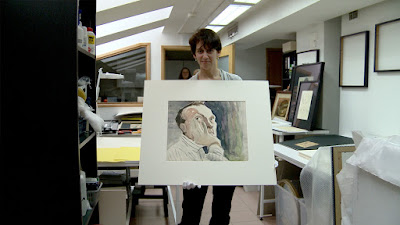 Chasing Portraits is a portrait of director Elizabeth Rynecki ‘s efforts to find as much of her great grandfather’s (artist Moshe Rynecki ) art which was scattered across Europe in the early days of World War 2. The story is that the art was secreted across Europe in the hope of keeping it safe from the Nazi’s. His family managed to recover around 125 pieces of art while other pieces turned up in museums and collections across the globe. Rynecki documents her efforts to find as much of the art as possible, initially not to reclaim it but simply to make a record of it.

This moving portrait of one woman’s effort to connect with her family history and particularly with a man she never knew had me tearing up. I was moved the first time when she found a memoir from her grandfather that answered many of her questions and gave her the mission to find the art. I was moved again repeatedly as she was moved as she traveled across Poland and saw the "lost"art, some of which for the first time. The connections she made with her great grandfather across time and space was magical.

While the film would seem to be a simple sort of detective story, there is a richness to the emotion and humanity within the film that lifts it up into being something greater and transcending being just a tale of lost art into something more universal.

Highly recommended when it plays at the New York Jewish Film Festival on January 14 and 16. 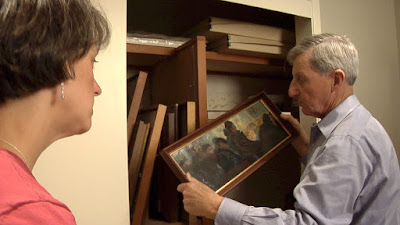