Iranian Film Festival HENDI & HORMOZ, THE TALE OF THE SEA and PIG

Starting Thursday, and running to the 15th, at the IFC Center in is the First Iranian Film Festival New York. Because there are so many good films I present some short reviews to help you decide what to see. (Though to be honest they are all good so just buy tickets here) 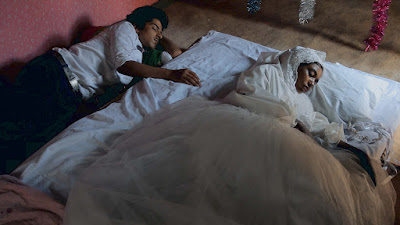 HENDI & HORMOZ
Aching and achingly beautiful film concerns a 16 year old living in a coastal village who talks his way into a marriage with the girl of his dreams. He has sworn up and down that he will be able to support her by getting a job in the mines, but the job isn’t there and he is forced to take questionable employment in order to support his bride. A film of great beauty and power HENDI & HORMOZ is film that you disappear into. Living painting the film sucks us in and drags us along into the lives of a couple of kids who clearly have the deck stacked against them. An early entry in the most beautiful films you’ll see in 2019 the film is best seen on the big screen where its visual story telling will kick you to the curb.
Highly recommended. (This film screens January 11) 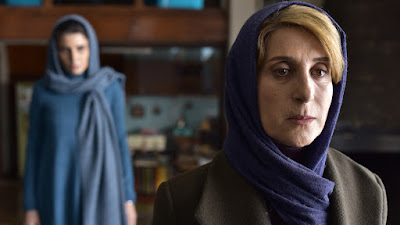 THE TALE OF THE SEA
A writer thrown in depression by his witnessing an terrible event, is returned home after a stay in the hospital where visions and reality mix into a troubling brew. A great looking film is a bit too lyric in it’s presentation for my taste. As compelling as the idea of a patient finding the real world more frightening than the hospital is, the execution is much too literary and formal. Everything always looks perfect and the discussions seem more constructions than real life. It’s not bad but it pales in comparison to some of the other films playing at the festival.(This is the Opening Night Film and screens January 10 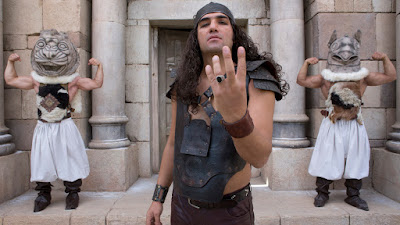 PIG
To be completely honest I don’t know what I think of Pig. This is a bold, violent pitch black comedy about a banned film director caught up in the search for a serial killer beheading film directors is not like most other films I’ve seen, especially from Iran. The t-shirt clad lead is a rude crude individual and the people around him are a collection of truly one of a kind characters. The humor runs the gamut of styles but is often very uncomfortable as someone is always behaving badly. To say that the film smacked me in the face with an unexpected slap is an understatement. I stared at the screen for much of the film’s running time wondering how the film got made in Iran since this is not the sort of film I associate with the country. An offbeat, off kilter gem- the film is very highly recommended to anyone who really wants to go away from the typical-and I mean that about films from anywhere not just Iran. This is one of the great films of the Iranian Film Fest and highly recommended. (This film screens January 11)

For tickets and more information go here.
Posted by Steve Kopian at January 07, 2019