Catch Up Capsules INCREDIBLES 2, ANT MAN AND THE WASP, and VENOM 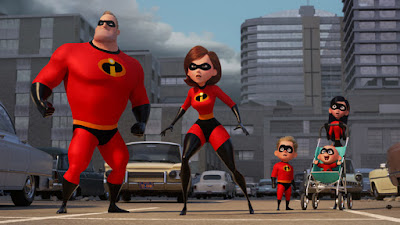 THE INCREDIBLES 2
The super hero family is back in a great looking film that has its moments but, like the first film, didn't really work for me. While far from groundbreaking the story about a rich billionaire trying to get it so super heroes are no longer outlawed is okay. Yea it allows from some cool sequences but you have to wonder about any film here the best part is kind of a throw away gag (Jack Jack and the raccoon). Worth a look but nothing special. 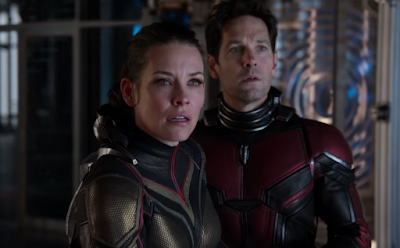 ANT-MAN AND THE WASP
Several years after the events in Captain America Civil War Scott Lang is under house arrest. With days left on his sentence things begin to get weird as a big business deal is in question and he is having dreams where Janet Van Dyne appears to him. Unsure what to do he slips out of his house and tracks down Hank Pym and Hope Van Dyne who are on the run since the government is pissed that Lang used his equipment to take part in the battle in Germany. Things become even more complicated when a mysterious woman- out of phase with all the dimensions, makes a play for the equipment Hank and Hope need. It’s a grand game of round and round we go as everyone ties to stay out police custody and maintain control of Hank Pym’s laboratory which is constantly being shrunk down to suitcase size.

Far from serious and little more just a grand romp Ant Man and The Wasp is just a lot of fun. Probably not quite up to the first film, there is a strange lack of weight to the proceedings owing to it having to set up threads for the Avengers Infinity War films (you can’t make radical changes). At the same time there is a wicked sense of humor running through it and its fun to watch on it’s own terms, which in this age of mega super blockbusters is enough.

VENOM
Tom Hardy stars in a reboot of the much loved Spiderman villain Venom. Originally the character was living creature that bonded first with Peter Parker’s web slinger in the comics before leaping to Eddie Brock. He then appeared briefly, and was under used in the third Tobey McGuire film when Topher Grace played Brock in what amounted to cameo. In Venom there is no Spiderman only Brock and it makes for an odd film.

The film has an evil billionaire bringing home several symbiotes from a comet. The creatures need to bond with host and need to feed on living things to survive. Hardy’s Brock stumbles on the evil plotting of the villain and ends up bonding with one of the creatures. He then has to battle to remain alive as the bad guys want the alien back.

Clunky film picks up a couple of notches once the man melds with the monster. It woks best when Venom is loose in the world and anything can happen. Is it high art? hell no, but it is amusing superhero action which is really enough.
Posted by Steve Kopian at January 03, 2019