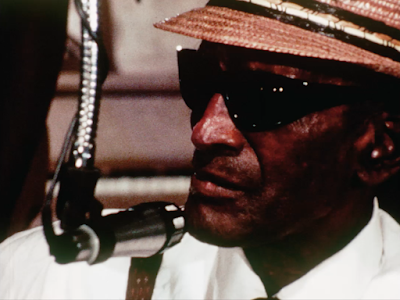 Memphis 69 is almost certainly going to end up as one of my favorite films of 2019. Made up of the footage shot at the Memphis Birthday Blues Festival in 1969 the film was locked away for 50 years because by the time it was developed by Gene Rosenthal no one was really interested in it. It wasn’t until Fat Possum Records expressed an interest in the audio recordings that things began to shift and work began on finally editing the film.

The film is not a complete record of the festival, stretched over three days where the temperature reached 106 degrees, but a sampling of the artists who played. Running a much too brief 75 minutes the film gives everyone a song or two to shine, and shine they do. This is 75 minutes of glorious music that will move your heart and stir your soul. It is, sonically, one of my most favorite films I’ve run across. I simply want to listen to the music over and over again.

Visually the film is nothing flashy. A record of the performances and the people attending the festival, it just shows us the performers and nothing more. However considering it is reveals to us Nathan Beuregard, the 106 year old blind blues player who connects the time to the Civil War, or Sleepy Eyes Estes and Yank Rachel rocking out, Bukka White kicking ass and taking names or the Bar-kays playing Let The Sun Shine In the simplest approach is best.

I have no words- seriously I have nothing but WOW and OH MY GOD.

Highly recommended for anyone who love great music MEPHIS 69 is a treat of the highest order.
Posted by Steve Kopian at January 27, 2019