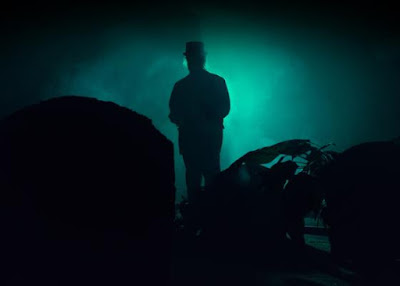 Amusing to a point but this is a film that probably should have played at Cinekink or some other similar festival. While in no way sexy, the film's singular vision doesn't really sustain the "stupid cinema" premise even at five minutes unless one finds bottoms endlessly amusing, I found it "cute, but could we please go on to the next thing" and its "stupid cinema" premise is pushed past the breaking point where I wondered why I was seeing it at a festival such as Slamdance.

While I normally don't normally question why programmers chose a film for their festival this one has me scratching my head because it's there really isn't anything here.
Posted by Steve Kopian at January 28, 2019