Catch Up Casules: DUMPLIN', THE PREDATOR and PAPILLON 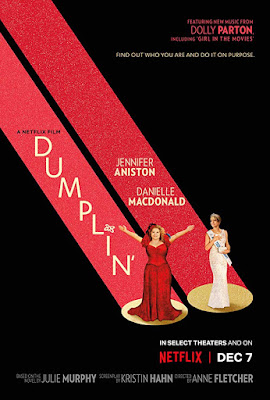 DUMPLIN'
Willowdean is a plus sized teenager whose mother runs the local beauty pageant. When she and her friends sign up for the pageant as a protest they end up changing everyone around them. Utterly charming film  about finding out who you really are and not giving a damn so you just go for it. A joyous celebration of our true selves, it is a film that had me grinning from ear to ear and wondering where this film had been all my life. 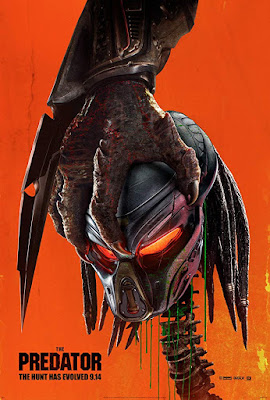 THE PREDATOR
Latest film in the franchise is the weakest film in the series (even the one with the Aliens). Much too jokey and simplistic, the film has a Predator crashing in Mexico. When a sniper on a mission witnesses the carnage of the alien wiping out his team, a secret group of government people come in and take him into custody with the intention of making him an insane patsy. Meanwhile another predator has come to earth to hunt the first...things get complicated from there as the sniper's young son is brought into it as well as group of crazy soldiers and a science teacher with an interest in alien biology. Kind of dumbed down  with action sequences that are just okay THE PREDATOR disappoints by never generating any suspense or thrills. Yea its funny but it isn't enough. 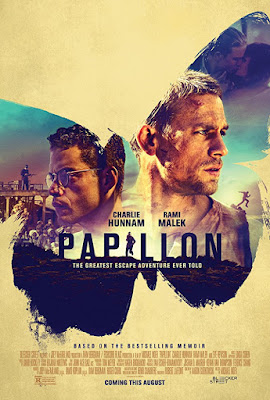 PAPILLON
Henri Charrière tale of false imprisonment and escape from Devil's Island has been brought again to the screen once more with Charlie Hunnam and Rami Malik in the roles previously portrayed by Steve McQueen and Dustin Hoffman. A solid true life adventure, this telling will either thrill you if you haven't seen the original film or  kind of just sit there if you have. Don't blame the actors or the directors but whose ever idea it was to not only base the film on Charriere's books but on the screenplay for the original film. Its so close to the original film that you have to bother why they bothered to make the film. Truthfully it's not a bad film, simply that it's too close to the original to stand on its own. Worth a look
Posted by Steve Kopian at January 04, 2019