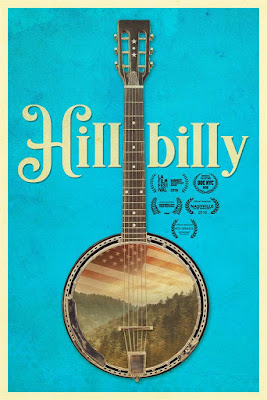 As if one didn’t have enough reasons to hate Donald Trump, the derailing of Sally Rubin and Ashley York’s Hillbilly can be added to the list.

Beginning life as a far-reaching examination of Appalachian stereotypes in American popular culture, Hillbilly used Rubin’s personal life as a progressive L.A. transplant from rural Kentucky as a reference point for how economic greed and cultural fear devolved perhaps the most impoverished population in America to sub-human monsters. Beginning with childhood memories of watching Hee Haw and the Beverly Hillbillies to her exposure to bumbling hick yokels on The Simpsons and Saturday Night Live once she left for college in the big city—the “big city” in this case being Lexington—she charts a lifetime of witnessing bigotry towards her community, a bigotry perpetuated by coal companies eager to keep native populations in line as they turned their backyards into wastelands and an entertainment industry that thrived on cheap racial/cultural stereotypes.

As the proud descendant of Tennessee mountain folk who still has kin in them hills, I was even shocked by the root and implications of these stereotypes. My jaw dropped when feminist scholar bell hooks, a Kentucky native, explained that the stereotypes for rural whites were nearly identical to those for poor black people: shiftless and lazy, hyper-sexual women and hyper-violent men, socially degenerate and flat-out stupid. Her other interview subjects involve native performers who unwittingly contributed to the bigotry, none more tragic than Billy Redden, a kindly Wal-mart employee who was paid a few hundred bucks in grade school to play an infamous banjo duet in John Boorman’s Deliverance (1972).

But all these moments are scattered throughout the film, sacrificed to a last-minute reconceptualization that occurred in the wake of the 2016 presidential election where “hillbillies” were one of the key voting blocks that helped get Trump elected. Anxious to explore what happened, Rubin returned to Kentucky and filmed the travelogue that now forms the documentary’s spine. After a half hour, it becomes apparent that Hillbilly is really a Donald Trump documentary in sheep’s clothing, a point made inescapable by a baffling play-by-play of that fateful election night, complete with interviews of elated Trump supporters and frightened minority voters. Rubin’s need to interrogate her cultural guilt scuttles a desperately needed exposé of the last socially acceptable form of prejudice in America.