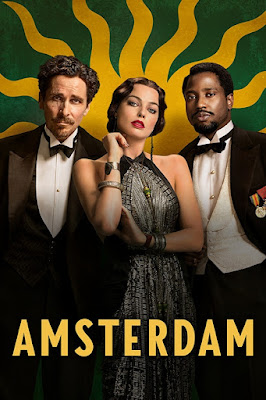 AMSTERDAM
David O Russell's messy unfunny comedy thriller about a bunch of people who get caught up in an effort to over throw the government. With a cast to die for there had to be something here at the script stage, however what is on the screen is a mess comedy I had to start a second time to figure out what in the holy hell I was watching. Big, loud, and on its own plane of existence it has it’s own ideas of humor that are alien to this world. 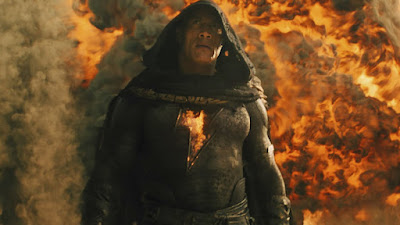 BLACK ADAM
Warner's makes a film about a superhero that most people don't know to middling results. Adam started as a bad guy in the Captain Marvel universe and then drifted in  semi good territory.  The cast the Rock as the man and thought they'd have a hit. The trouble is they constructed a wise ass film where everything gets bogged down by exposition. On top of that Adam is saddled with antagonists who, while personal favorites, belong in another movie.  Then again Adam is so god like that it isn't fun to watch him battle people who can't best him.
Not bad, but ultimately a waste.
Posted by Steve Kopian at December 24, 2022