THE TREASURE OF HIS YOUTH: THE PHOTOGRAPHS OF PAOLO DI PAOLO (2022) opens today at the Film Forum 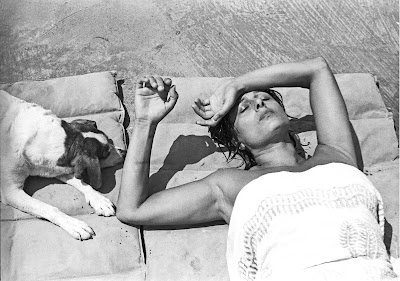 Bruce Weber’s portrait of photographer Paolo Di Paolo is a late in the year treat. A frighteningly beautiful film that demands to be seen as big as possible (it plays NYC’s Film Forum starting Friday).

Di Paolo was friends with all sorts of people in his youth and he took picture of all sorts of famous people, producing amazing black and white photos. Eventually giving up shooting he put the pictures and negatives away until his daughter discovered them years later. Realizing what was in the pictures she asked what they were all about but her dad wouldn’t talk about it eventually he opened up about them. Years later director Bruce Weber discovered the images in a shop in Italy and tracked down the photographer.

This film kicks ass. Beginning with a long sequence of Di Paolo’s images the film then shifts into the story of Weber finding the pictures which leads into DiPaolo talking about them  It’s a magic carpet ride through the life and times of an amazing individual. I was totally enraptured

And I was constantly talking to the screen as each image made we react verbally with delight.

I love this film to death.