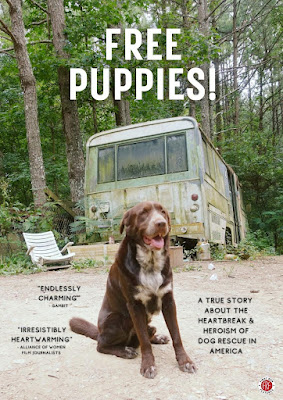 After Hurrican Katrina people became aware that many dogs are in danger in the South because the infrastructure can handle all the abandoned pets. A network developed to move the animals elsewhere where they have a chance of finding a home.

This is a good look at the people who rescue the animals from bad situations and shelters that more likely than not are only housing the animals until they are put to sleep.

While I like the film, I'm of the opinion that how you feel about the film will depend on how you deeply into the subject you are. I would have been fine with a film half the length because there wasn't enough here to keep me interested.