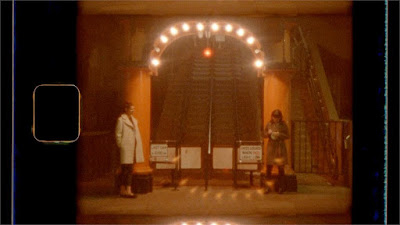 Catherine Corman, daughter of Roger, makes a beautiful film about upended reality as Jewel discovers the mother she thought had died when she was a child was alive. She then follows her across the city...

Using 8mm film to stunning effect Corman's film is a waking dream. This is a film that burns itself on your subconscious, bypassing all rational thought and it ends up some where in your heart. I finished the film and just said "wow".  My thought was that this is what movies are supposed to do.

I am in awe of this this film. I love that it feels like a throwback to the classic days of art films. This is the sort of film that her dad used to import to the US.

I would love to see what Corman would do with a feature.

This film is cinematic magic.