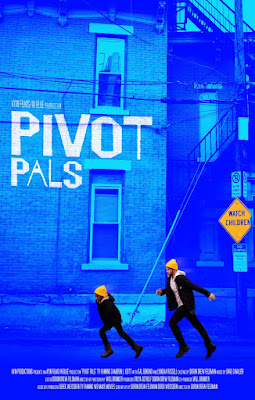 Dax young boy has to spend the day with his mom's new boyfriend, Clay.  Clay wants to take the kid to a Steelers game but Dax hates football, so they have to pivot, and it all goes sideways

This is a hard film to write up and do it justice without things sounding negative. I say this because this because I really like the film.  There is one wrinkle however that I want to discuss.

While the plot line of this film is similar to many others, the characters and shadings are colorful enough that the film remains interesting.  They are interesting enough that this should have been a feature film. I say this because while we get a sense of the characters, they are often reduced down to get us through the brief running time to get a point. I would have loved to see more between Clay and Dax's mom so there was more resonance for the ending. This is a too short version of a feature film.

In looking for a feature version I don't want this to stray into silliness, but I want it to stay close to reality like this film is,