On Further Review:Rethinking four films EVERYTHING EVERYWHERE ALL AT ONCE, MORBIUS, RIPD: RISE OF THE DAMNED and RRR 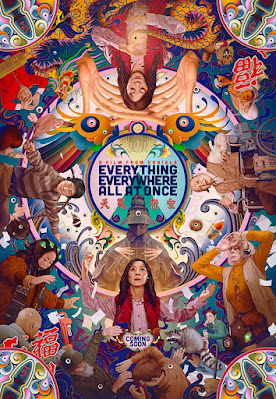 EVERYTHING EVERYWHERE
Put upon woman finds she is the only one who can save the multiverse from a dark force looking to destroy it.

One of the most talked about films of the year and an almost certainty for a Best Picture nomination kind of disappointed me. Far more complicated than it has to be the film felt, like it was doing things purely for effect rather than to drive the story.  While I freely admit that my unhappiness in watching the film might be from the fact that my cable service crashed half way into the film and I had to go back, I still admit that I still can’t get past just liking the film.

That said the performances are first rate, and makes me wonder why the hell did we allow Jamie Lee Curtis be wasted for the last 45 year? 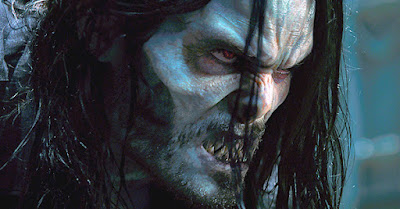 MORBIUS
The butt of numerous internet jokes, one of which has basement dwelling trolls rating it highly to mess with the movie going audiences,  Morbius is being hailed as the turkey of the year.
It is not.

Having finally seen the film, I would be hard pressed to call it the worst film of the year. While the film is most certainly a complete mess, the film is clearly scarred and doesn’t deserve the hate.  Blame the studio who had no idea what to do with the minor MCU character of a “living” vampire and had the script written by equally clueless scribes (it's not their fault even Marvel writers have never managed to do anything with him). Add in numerous reshoots and re-edits and you are left with a film that barely hangs together, despite having some killer stand alone sequences.

While not a complete disaster it is best viewed a film of interesting pieces rather than a complete feature. 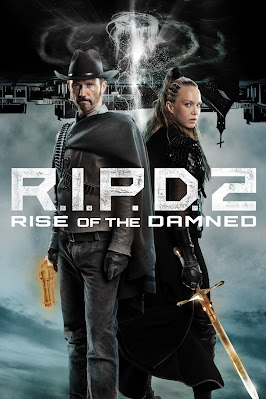 RIPD: RISE OF THE DAMNED
While I like the original RIPD film, I am kind of at a loss as to why a “bad” film and money loser would get a belated prequel. Who thought this was a good idea? And how did they get Jeffrey Donovan to be in it?

Set in the American West in the classic cowboy days Donovan plays a sheriff killed and brought back as a RIPD as an agent teamed with a female barbarian. They look like two African American sisters to the world despite being themselves inside. They are looking to stop a dark force harvesting souls.

While the plot is been there and done that with a side of clunky thrown in, the film is an okay western horror comedy that works because of the cast. Donovan is a delight and he carries the film.

Is this a good film? Not really but it is an okay time passer on a slow night. 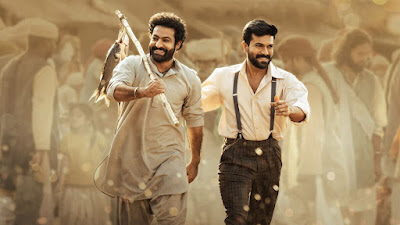 RRR (take two)
While I will argue that the S. S. Rajamouli  deserves to be in the running for Best Director at this year’s Oscars, I find that on a second viewing, I am not really enamored of the film as a whole. Yes it’s got killer set pieces, but watching the film a second time I found I was giggling at the silliness of it all and wishing some the bromance, and some of the run time, was cut back.
Posted by Steve Kopian at December 18, 2022