End of year catch up THE ADOLPH EICHMANN TRIAL; MY FATHER'S DRAGON, THIRTEEN THE MUSICAL and GHISLAINE MAXWELL: FILTHY RICH 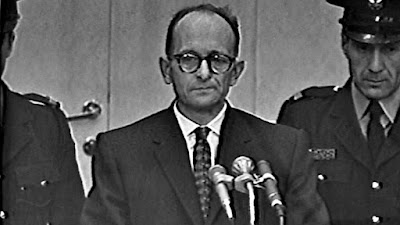 THE ADOLPH EICHMANN TRIAL
Good but way too low key look at the trial of Nazi mastermind Adolph Eichman after his return to Israel. There is nothing wrong with film, rather it simply isn’t compelling enough to hold our interest. While I know the exciting part of the tale was the discovery and removal of  Eichmann to Israel, with the trial seeming to be anti climatic, the film should have imparted some reason for us to watch. 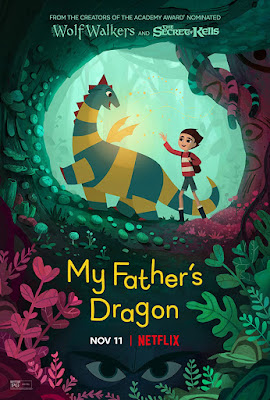 MY FATHER'S DRAGON
The first misstep from Cartoon Saloon, is based on a 1948 novel. The film follows Elmer as he moves to the city with his mother. He ends up going to an island and rescuing a dragon... and I really don't know. I don't completely understand what happens, it seems more like random events than a narrative. I never really understood why we are being told the story. Nominally its a coming of age story, however the life in the city part of the story disappears at a certain point and we go off on the trip to an island. I really don't get it. Then again this film was not made for me. (Then again I don't know who it was made for on any level) 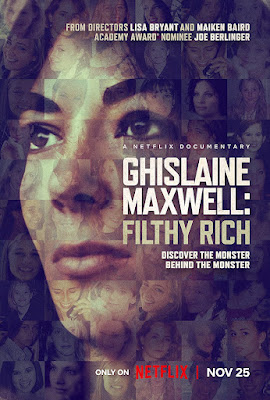 GHISLAINE MAXWELL: FILTHY RICH
Netflix documentary on the woman who was the lover and partner of Jeffrey Epstein.
Okay documentary tells us everything we need to know about Maxwell and her life. As a portrait of the woman at the center of the tragedy it's quite good. But other than filling in the details of Maxwell's life, we are kind of at an arms length. Yes it connects to the crimes, but it still keeps us distant. Personally I liked the STARZ series much better 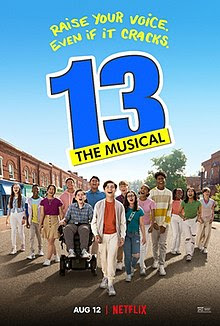 THIRTEEN THE MUSICAL
Jason Robert Brown's musical is turned from a work for the stage to one for the screen with fair results. It's the story of a boy who moves from New York to the mid-west of America after his parents divorce on the eve of his Bar Mitzvah. We watch as he tries to make friends and fit in, will he survive and will he have friends in the end? Rewritten with new songs added and a bunch of songs (really freaking good songs) were cut, the result is okay at best. Looking more like a schlocky kids film rather than the work of one of the best theater composers, the film never engages. Sure the original stage musical isn't perfect, but it is compelling...and it had great songs.... many of which they cut. A miss.
Posted by Steve Kopian at December 27, 2022