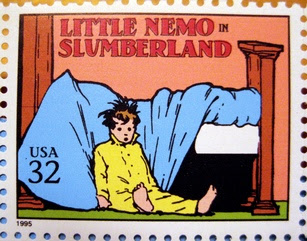 Before I get to the main part of the post I need to say it's a sad day as New York Music and gifts on the corner of The Bowery and Canal has finally closed (see the picture below) I've spent probably tens of thousands of dollars (no joke) over the last 15 year buying thousands of DVDs from them at this location and the one that was on Mott Street. I loved these guys and girls a great deal. However the economy being what it is and the Internet making many films available through more official (and unofficial) means the closing of the store shouldn't surprise me. I'm heartbroken.

Tribeca maybe over but I’m still digging out with emails, phone calls and real world stuff piled up all over the place. We may have slipped back to our normal rotation of film reviews but Tribeca coverage will still be leaking out with reviews and interviews still coming from Mondo, John and myself.

As this week starts I’m in the process of trying to figure out what our next move is going to be. A good number of film festivals have shifted their dates around with the result what I thought was going to be a nicely ordered spring and summer has been thrown into chaos. Add into that some unexpected goodies (Jackie Chan’s personal appearance and mini festival) has made this year looking to be an embarrassment of riches. I would like to tell you where we’re going to be and what we’re going to cover but as it stands now I have no real idea.

It’s probably best to say that lots and lots of stuff is coming….

Among the stuff will be reviews of a number of new films getting releases. We’ve been getting lots of requests for coverage and while we try to make an effort to provide coverage the madness of the last few weeks has kept us from doing things as we would have liked. (If you sent me an invite and I didn’t get back to you, it’s nothing personal, I haven’t answered a good many emails, if you still want coverage send the information again). I'm also way behind on keeping up with my reading of some of your blog posts, interviews and comments and tweets, so if I haven't commented its nothing personal, I just haven't gotten to it yet.

I have several essays and longer reviews in the works. I started them in bits and pieces before and during the Tribeca madness and now that things are calmer I should be able to sit down and finish them. I should also be able to transcribe my piece on Roger Ebert which was written right after I heard the news and was on the train going into one of the pre-Tribeca press screenings

I want to include some thoughts on some of the big blockbusters of late. While Tribeca ate most of my time there were times over the past few months when I had to clear the palate with big ass Hollywood movie- here are a few capsule reviews of some of the big ass movies that I saw that are not getting full blown Unseen treatment

JACK THE GIANT SLAYER- Bryan Singers fairy tale rethink is slow to start and pretty good once it gets going. The plot of the film involves the typical Jack and the Beanstalk story married with an effort to seize the kingdom using the giants. I like the film enough that it didn't have to rely on macguffin to make things work (in this case a magical crown). I also wish I had seen it in 3D

HANSEL AND GRETEL WITCH HUNTERS is clunky fun. I hate the evil witch make up which was old school back in the 1980's, but once the film gets going it isn't bad.

I was surprised to be moved by 42. The story of Jackie Robinson’s breaking of the color barrier has a level of emotion that is completely missing from every other telling of the story I’ve seen (that’s both narrative and documentary). For the first time the cost was made real and the story didn’t feel like it was getting lip service. If the film has any flaws it’s the same one that all the other versions has in that it still keeps Robinson’s personal life largely off screen. Minor flaws I really like the film and liked that the film took Robinson off the pedestal he was enshrine on brought him down closer to heaven where the fact he was a mere mortal makes his achievements all that more incredible.

MOVIE 43 while far from the worst film ever made is still is a head scratcher, What did the producers have over everyone's head to get them to do this. There are so many stars in this that it's going to end up being the nexus of a six degrees game into eternity. Best described as a film version of raunchy SNL sketches it's going to get a better rep once it hit cable rotation.

EVIL DEAD is a creepy remake that I need to see again.

A GOOD DAY TO DIE HARD was amusing. High art? hell no. It's a curl up on the couch and enjoy it film.

The new GI JOE film disappointed. I understand that the film had an extra year of tweaking, but at the same time the film is incredibly bland and is so painfully generic as to be barely worth watching. On the other hand the film does have a couple of truly great action set pieces-such as the mountain battle- that the does spring marvelously to life in fits and starts. My one question right now is, while I find him engaging an a good actor, must every other action film star Dwayne The Rock Johnson?

I've also been going through this huge stack of DVDs that were given to me by friends and which I've picked up over the last year or so. Most of the stuff was awful, or at least not worth mentioning but looking at some of the films, things like TAKERS or BABYMAKERS I'm left to ponder how often "big" films come and go and sink below the waves without even a peep.  I mean I was staring at the DVD of LOVE AND OTHER DRUGS pondering how despite great reviews no one seems to talk about it. Yea the Dwayne Johnson's FASTER gets mentioned when its on cable, many of these other titles are just gone.


Coming up over the next couple of weeks---
This week are some Korean films that have been been bouncing around the schedule for a while-plus at least two more from Tribeca and some other films.
Next week are the truly grindhouse films that didn't make the Chinese New Year series
A week of Euro-sleaze follows before we right the ship with a week of Warner Archive titles.