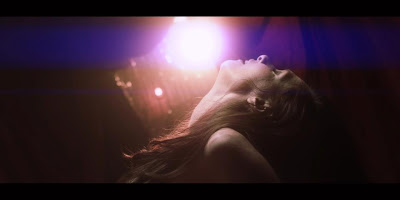 In a club a man and a woman connect as she tells him that there is something she has to tell him.

Short film where nothing is as it seems messes with your head even after it's over as it works its way into making you ponder what is the way things are. I know what the denouncement is but I'm still turning everything over in my head looking for additional layers...

Jeremiah Kipp has done an amazing thing. In the space of a scant ten minutes he’s created a mind bomb of incredible power. Finally sitting down to write up the film some 24 hour or so hours after seeing the film for the first time I find that I’m still haunted by it. There is something about the film and it’s headspace that stays with you. In the interim since seeing the film and writing it up I saw two feature films that I’m requirsed to be writing up. These two other films are supposed to be films that are going to give me something to talk about. The trouble is these film pale in comparison to Kipp’s film. I don’t want to talk about those films, instead I want to talk about DAYS.

When Mr Kipp contacted me about the film he mentioned that he had come across Unseen Films as a result of my review of Gaspar’s ENTER THE VOID. I had thought the connection was pure happenstance. After seeing DAYS I find it more a kind of kismet, since it provides me with the ability to compare it to something you might know. You know the weird disconnect trippy feeling you get seeing ENTER THE VOID, especially on the big screen? Days does the same thing, only more so. In ten minutes it sets a time released explosion that goes off a few minutes after you see the film. Where VOID fades after it ends, DAYS just goes on and on.

The frustrating thing about the film is that its only ten minutes and its construction is such that I really can’t write about it. I can’t really discuss the film because to do so will wreck the effect. This is the sort of film that you’ll want to see with someone so that you can sit and talk about it afterward. I really wish I had someone to talk to about it, but I don’t (Well I may talk to the director assuming I can put a few rational questions together)

This is a great great film.

As I write this the film is going to be heading off to the festival circuit so do make the effort to track the film down.

The trailer is on line and can be found here. 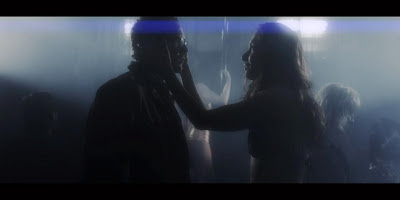 A brief interview with Jeremiah Kipp on The Days God Slept is coming tomorrow Its a precursor to a much longer interview looking over his whole career which I hope to complete in the next few weeks.
Posted by Steve Kopian at May 13, 2013