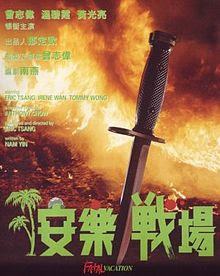 Eric Tsang writes directs and stars in a nasty exploitation film about a bunch of Chinese tourists to the Philippines who get taken hostage by rebel forces. Trapped in a village where they are manhandled abused and raped they must find away to help themselves when it appears that the military and police will be unable to find them.

Tsang, one of my favorite Hong Kong actors, has made a nasty little film filled with hopelessness, humor and brutal violence. Had the film come out ten years earlier it would have been considered a classic from the end days of the Grind House cinemas. The action when it comes is well done. The performances are good with Tsang often touching as Bob, the tour leader who tries his best to do his best to keep everyone safe.

The films weakness if that its characters are a tad cliché and that it can be overly talky with the film taking a while to get going, and the slowing down once the group is being held hostage. The trouble is not that the material is bad its just that the talk pales next to the great action sequences.

Worth a look if you run across it as a rental or on cable.(or in my case as a dollar vcd in a dump bin.) (and Victor Wong, Egg from Big Trouble in Little China, appears playing one of the hostages-though not using his voice in either the Cantonese or Mandarin dub tracks) 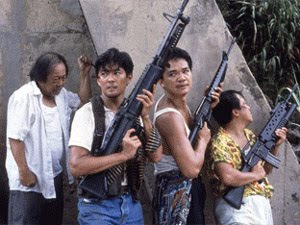