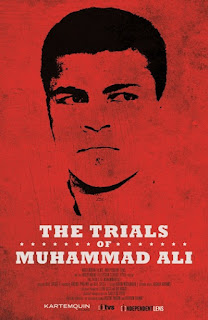 Being born at roughly the time that Muhammad Ali won the Heavyweight Championship of the World he was always a hero to myself and my friends. He was a larger than life character who transcended time and space, I mean he battled Superman in the comics, I mean how cool is that? (For the record there was much discussion as to who would win and I think Ali had the slight edge in that one). It was never so much whether he won or lost, it was more simply he was Ali.

In the years since his last prize fight Ali has always remained Ali. He is the sort of a guy who people cheer just for showing up (my uncle tells the story of his appearance at a gas station in the back of a limo drawing a crowd). For whatever reason it is Ali is hailed almost across the board as truly a great man not only of the US but also the world. Why is that?

Actually that’s a stupid question for me to even attempt to answer. I could never be objective. To me Ali is a hero, a man who stuck to his beliefs and changed only when his own feelings told him it was time to change. He is by all accounts, at his very core a good man. I know several people who have met him and no one can say a bad thing about him.

The question of trying to show Ali the man, the one beyond the glitter, has always been a difficult one. Yes there have been a couple of “fiction” films on the subject- THE GREATEST which starred Ali as himself and ALI which starred Will Smith. Both films have their flaws in that even as factual fictions they had limits in what they could do. They were also out of necessity tied to what Ali did in the ring. People seem to think that in order to tell the story of the man you had to focus of some of the time he spent in the squared circle where he rose to fame because he was a boxer. Indeed until this year’s Tribeca Film Festival I had yet to see a documentary on Muhammad Ali that didn’t focus on one or a number of his fights. It’s as if the triumph in the ring gives a clue to the greatness of the man… which is ludicrous since most of his life he spent not boxing and the more important battles were outside of the ring.

All of that brings me to THE TRIALS OF MUHAMMAD ALI, a film which pretty much pushes all the fighting to the sidelines. TRIALS focuses on the battles that Ali fought outside the ring. Yes there is a bare minimum of fight footage, and yes there is talk of some of his fights (his refusal to be drafted restricting his ability to fight), but mostly we follow the course of Cassius Clay to Muhammad Ali and how he rose from just a boxer to something almost god-like.

TRIALS is an amazing film. I am on record as saying is the greatest film on Muhammad Ali I’ve seen and it’s a stance I don’t think is hyperbole. Never before I have I ever really had a sense of Ali as a real person. Never before has anyone really dealt with the searching that lead Ali to find The Nation of Islam. More importantly never has anyone really put it into the context of the time. What was it about the Nation of Islam that got him thinking? What was it about the meeting on the streets of Miami? Cinematically I don’t think I ever saw it discussed, or discussed without some extra overtones. Equally undiscussed was the long road that got Clay to change his name. No one s really has seemed to know how to really handle it. In other films Ali jumps right in and joins the church where here it’s a slow measured journey, that even included him being put in place by his future wife who tore up her Cassius Clay autograph. Yes some of these events are depicted in other films but they don’t quite carry the weight they do here.

Possibly the biggest strengths of the film is that while we are constantly seeing Ali and hearing about him, almost all of the words are not his. The words are those of the people who knew him or are clips where people are talking about him. Thanks to conversations with Ali’s ex-wife Khalilah, his brother Rudy and others who knew him we see Ali as human. He’s a man who’s struggles breaks his brother’s heart ( Rudy gets choked up remembering his brothers out of the ring struggles). In another sequence his ex-wife tells about insisting that he learn to speak before crowds since the speaking engagements that were supposed to be paying the bills when his boxing licenses were suspended were bombing. Who would have thought the champion of the world would struggle to put food on the table? By not allowing Ali to speak he comes down to earth, the superman becomes human. His achievements become something greater.

I am in awe of this film. As much as I admire Ali, seeing what he had to go through to follow his faith, to take on the government, to try to just make a living makes me admire him more.