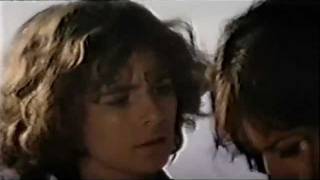 This review of the film originally appeared on IMDB. Its of a film that will curl the toes of most people. Implied subject matter aside it's actually a good thriller. If you're iterested you'll have to do some sleuthing because I have no idea where to get the film. I picked it up from the now seemingly gone Revenge is My Destiny website. And if you do go looking be careful since the title can, especially if misspelled, bring you to places that you really don't want to go to (trust me I had this post up earlier today and realized I misspelled the titled and then in looking for the film, without just checking the DVD, I ended up with listings that were kind of frightening.)

The plot is told mostly in flashback. It begins with a young girl seeing her mom have (simulated) sex with a dog. Dad comes home drags mom and the girl away and then sets fire to the house with the dog inside. The film then jumps forward as we watch a man waiting for something. The story then flashes back as we see the man and his wife arrive at an island full of party people. Periodically the man and woman catch sight of a young woman with a dog. The woman looks like a younger version of the woman at the start. I'll leave it for adventurous film goers to unravel what happens next, though I will say while its often sexy it all ends badly.

Despite this film being in Italian, a language I don't speak, I rather enjoyed this movie. Sure its sleazy but at the same time it seems to be a well done drama with an "off-beat" edge. I had no problems following the plot. I liked that after the opening you were very much of balance wondering what sort of madness was going to show up. Granted its a cheap trick but it did help to keep things properly tense.

...Just don't look for an English version of this film. I can't imagine anyone being bold enough to attempt to release this in either England or the US, its opening is just a bit too much for most people
Posted by Steve Kopian at May 21, 2013