A short and sweet review of Another Day Another Time:Celebrating the Music of Llewyn Davis (2013) 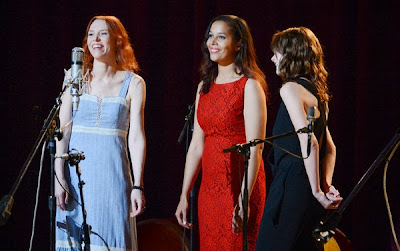 Ten minutes in I was hooked...

I considered going to see the concert I was busy with New York Film Festival so I hesitated too long and it sold out. While I would have loved to have been their the fact that this film shows the musicians playing in rehearsal and in the halls makes this probably a better experience since we get stuff we never would have seen otherwise. (Though I know it'snot the whole concert- maybe on the DVD)

Not only is this film one of my favorites of the year, it's also my favorite album of the year- or will be once it gets on DVD or Bluray where I can just pop it in and just listen to it over and over again.

No offense to the Cohens and Inside Llewyn Davis this is a better film. It removes all the annoying characters and just leaves us with the super music.

I know I've gone on about the music but what makes the film really work is the editing which bounces us from rehearsal hall to backstage and on stage. Its the sort of work that sends chills up and down your spine. (apologies for not listing who sings what- I've seen this once and I was too busy watching and bopping to take notes)

The film premiered a couple of hours ago on Showtime and will be playing all month. Don't be stupid see the damn film and feel really good....hell it's one of the best films I've seen all year. 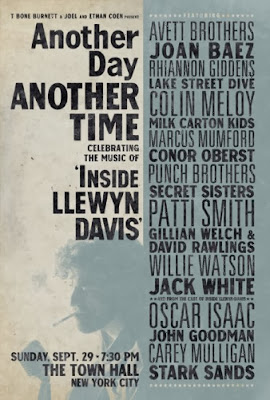