Nightcap 12/1/13 This week it's Criterion,, SAIFF and trying to find our course 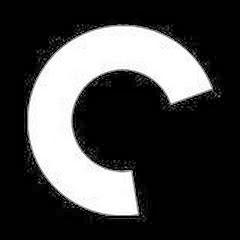 As you’ll soon discover – December is all Criterion. Every one of the daily films are going to be films that have been released in some form from the Criterion Collection on DVD or Laser Disc. The pieces this month will range the gamut from actual reviews to anecdotes concerning the films. The wide range of pieces is due in large part to the stated purpose of Unseen Films to find good films crashing into the feeling that if Criterion has chosen the film its worth trying. Since being part of Criterion presupposes its worthy of note we’re free to wander around in how we write.
-- This week there is going to be coverage of at least eight of the films playing in the South Asian International Film Festival. The reviews will be running in the afternoon of the day before they play at the festival. There is some really good films playing here and if you’re going to be in New York this week you really should take a look at some of these films. Details on the festival and tickets can be found here. (Hint go for the world premieres)
--
As the year begins to wind down so does the Unseen Films film a day pledge. We’ll make it to and past our fourth anniversary but sometimes after February 20th we’re going to miss a day… or two. It’s not like we’re not going to crank out at least 365 films a year, rather it’s that we’re just going to give them to you differently and not forcibly stack the deck with a film a day.

Over the next two months we at Unseen in addition to other announced changes are also going to have to figure out what our direction is going to be.

The problem is Unseen is becoming too successful. We’re getting the chance to cover tons of things that even a year ago were only dreams, with the result we, and especially me, are getting buried. We can’t report on all that is coming our way…nor can we sort through all the films at every level like we did. One of my favorite things in the world is to curl up with a tack of old movies and watch them from when I get up in the morning until I go to bed almost 24 hours later. Unfortunately because so many festivals and new releases have been thrown my way I haven’t been able to watch the old stuff. I’m looking at my DVD piles an wondering why they are growing exponentially- only to realize that I haven’t had a moment to watch that stuff. It’s been festival selections and new release screeners pretty much since August. Until last night I haven't been able to do what I love best and just sit in front of a TV with a stack of DVDs and randomly pop them in and just take them on with no preconceived notions. In the past four months I've watched almost no older films- which is what used to be our bread and butter. Its been all new stuff.

What is the Unseen mix going to be in the future? Certainly lots of festival coverage and lots of good films but beyond that who knows?

We're going to have to figure out what we're doing because from where I'm standing Unseen has become something different than when I started it.Its frequently better and more fun, but it's in a different place than I thought it would ever be.

--
AS always we end with Randi's link round up
The failure of the ratings system
Forbes on Oldboy
Temple of Schlock on the controversy around Bakshi's Coonskin
10 projects unrealized by Spike Lee
Miyazaki's Daydreamnotes
Eden's Drawing Style
Support a film on Roger Ebert
The history of the WKRP Turkey episode
Pictures from Ghibli's Pippi Longstocking
Posted by Steve Kopian at December 01, 2013