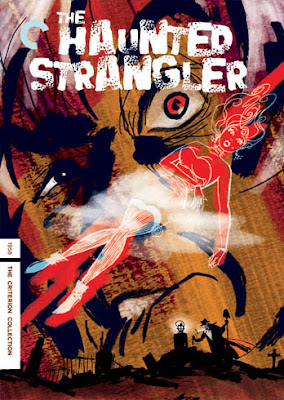 Boris Karloff is a crusading novelist trying to change the British legal system by looking into the Haymarket Strangler case. Boris is convinced the man hung for the crime didn't do it. Of course his investigation turns up proof that he was right, and that he himself was the killer.

Well made and well acted little thriller is on okay film to have on in the background. Recently released by Criterion as part of a 4 film set its an okay time killer best watched late at night. To be certain Karloff is wonderful to watch, especially in the scene where he finds the important piece of evidence which proves him right and also slides him into madness. However the mover isn't anything special and can be a bit dull (too much music), however the Criterion commentary is excellent and the real reason to pick this up.
Posted by Steve Kopian at December 12, 2013