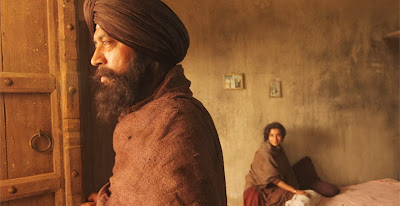 Mood to burn and then some.

Set in the years after the partition of India his is the story of a father who, tired of having daughters decides that his fourth will be raised as a boy. However destiny and fate do not like to challenged.

This is one of those films where you see where things are going to go and you want to scream at the screen to try and stop the the characters from doing something they would regret. I found myself talking to the screen. I know it was stupid since  even if the characters could have heard me, it is unlikely that they would listen when they won't listen to the people in their lives.

A kind of anti-fairy tale, Qissa is the first time that I've ever seen the complications of what raising raising a girl as a boy would be, especially in a society that kind of mirrors the ones that matches the ones from the fairy tales. Even if the film wasn't as good as it is the mere fact that we see what amounts to the destruction of the girl as boy trope would be reason to see this film since we see the problems is causes all around..

And the film is good, really really good. Yea, its a tragedy, it's a spiritual cousin to that Lear guy of Shakespeare, but at the same time its all the more tragic because we like the characters. No one is is evil or deserving of what they get, but at the same time the reap what they sew. The downfall is very much their own doing.

I don't know where to begin to describe the wonders found in the film. The cast is great. The script compelling and the cinematography is nothing less than Oscar worthy. Every year I keep finding more and more films that truly can be called cinematic works of art and Qissa is no exception. This is a beautiful beautiful film.

You have to see this film.

The best thing that I can say about the film is this is a film that shows me something I've never seen before and forces me to reconsider something I thought I knew in a new way. This is why I go to to the movies. 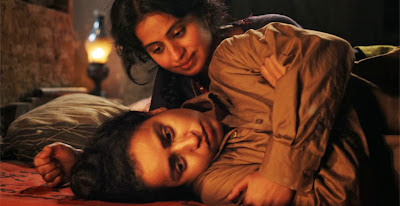