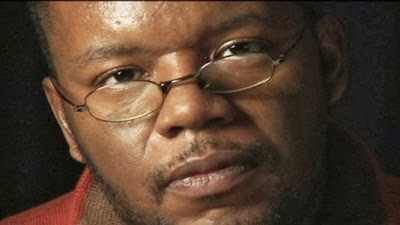 Watching A Fragile Trust provides a unique insight into the fall of Jayson Blair. Once a journalist for The New York Times, he was exposed as a plagiarist and a fabulist in 2003. Many of his stories pilfered from other journalists. Worse, many of his reports included total fabrications. He rarely spoke with the people he interviewed, he invented the inside sources, at times he never even went outside. Blair was supposedly doing old-fashioned shoe-leather reporting; in reality, he was in his Brooklyn apartment drunk or coked out of his gourd. The irony, as one of Blair's colleagues points out in the film, is that the elaborate fabrications took more work than being an honest journalist.

Blair is on screen early in the film, and A Fragile Trust wouldn't work without him. Director Samantha Grant hinges the film around his own statements and reflections. Peers, editors, and media analysts also weigh in on Blair. When all these voices are combined, the portrait we have of the man is not necessarily sympathetic but it is fair. He was troubled, to put it lightly, and maybe he still is. He also seems like a bit of a sociopath and/or (obviously) a pathological liar. He's an odd figure, a neurotic Type-A whose self-aggrandizement may be matched by his own apparent self-loathing--he's fascinating to watch because the impulses are so contradictory. 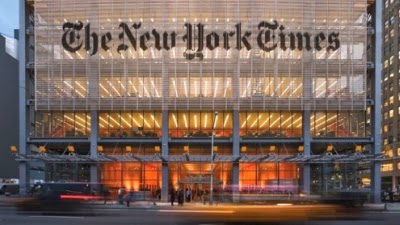 That mix of alpha posturing and chronic depression may be a common thread between Blair and Stephen Glass, the New Republic journalist exposed as a fabricator whose own story was explored in the 2003 narrative film Shattered Glass. (It's an odd coincidence that Blair's downfall occurred in the same year that marked the release of Shattered Glass and as well as Glass' own novel, The Fabulist.) There may also be the mischievous streak in there as well: here are two rather young wunderkind reporters who are apparenttly able to get away with anything, and so they push it until there's pushback. They're playing a game of chicken with the journalism gods.

Grant does an admirable job of exploring larger issues of journalistic integrity and the climate of The New York Times. This includes some nice, monochromatic segue animation, and even some clever graphics that incorporate business cards and nameplates. The appeal here may occasionally get a little too inside-baseball, though not in an alienating way. The political dynamics of a newsroom, the perceived racial dynamics at play, and the on-the-ground glimpse of The Times' 9/11 coverage are fascinating as historical grounding. These all dovetail into the larger issue of Blair's career since he'd been involved with The Times beginning in 1998.

I think A Fragile Trust would play well for both journalism wonks and casual documentary viewers given its use of Blair as a throughline, though some news wonks may want more given the controversies at The New York Times in that period. For example, during the Q & A after the screening, someone asked why the Judith Miller issue wasn't explored at all in A Fragile Trust--nevermind that the film is about Jayson Blair's plagiarism and lies. (To me, the Valerie Plame issue deserves its own documentary rather than being a footnote in this one.) 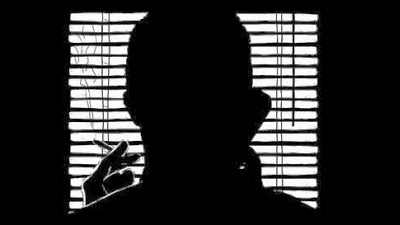 It's surprising to me that Blair agreed to be interviewed for A Fragile Trust. He had to know he wouldn't come out looking all right in the end. He's self-critical at times, maybe a little repentant, occasionally just as bewildered at his own behavior as the people he worked with. As of the DOC NYC screening, Grant said that Blair was sent a link to view A Fragile Trust but has not watched it. He said he probably wouldn't. Who knows if he's telling the truth.

Blair was caught in large part thanks to the Internet. It's easier to check for plagiarism these days, and all it takes is a single catch to cause all of the fabrications and unethical appropriations to unravel. We've seen it recently with Rand Paul's lack of attribution in his speeches, and we've also seen it with Fareed Zakaria, whom you'd think would know better. To be fair to Zakaria, his instance of plagiarism was nowhere near as egregious as Blair's or Paul's. The plagiarism found in Zakaria's Time piece was deemed unintentional, and Zakaria immediately expressed regret and embarrassment over the matter.

There's a cautionary tale in A Fragile Trust, perhaps best stated by journalist Macarena Hernandez as she utters the eponymous line concerning professional integrity and a journalist's duty to the public. Blair also offers his own thoughts on the matter when giving a lecture on ethics in journalism following his resignation from The New York Times: this can happen to you easier than you think. The situation is ironic, sure, but in this instance I can't deny that he's being honest.
Posted by Hubert at December 03, 2013