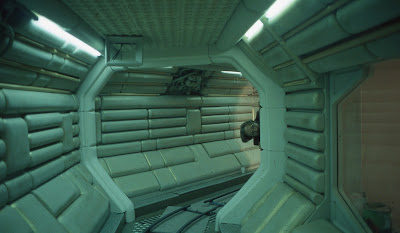 I need to say right at the start I really like the film a great deal. I love that its all here in one place. While I would have liked a new interview with some of the people involved (particularly Ridley Scott) the fact that the film is loaded with material from when the film was made is perfectly fine with me. I like it so much that I am going to add the film into my collection when it's released to home video.

While I could quibble about about a couple of things, most of of my questions come down to simply a matter of time, there wasn't time to get everything in. (though I will say that there is probably a bit too much academic discussion of the films deeper meanings since based on the conversations I've had about the film over the years some of their deeply meaningful bits were happy accidents).

I also need to point out that that the film does two things that are really cool. First it does a lovely job talking about the life and times of Dan O'Bannon who wrote the film and was a guiding force in getting it made. If you were a genre film fan from the 1970's on O'Bannon was always around the fringes of various projects and his influence was felt in everything he touched. I's so nice to have him get his due.

The other thing I love is that the film talks about the series and the ideas behind it  in connection to Ridley Scott's most recent Alien films. I love that there is a discussion about where he took the ideas and what happened now that O'Bannon wasn't there to guide him.

Over all this is a must see for fans of ALIEN and those who love to go behind the scenes of movie magic.
Posted by Steve Kopian at October 01, 2019