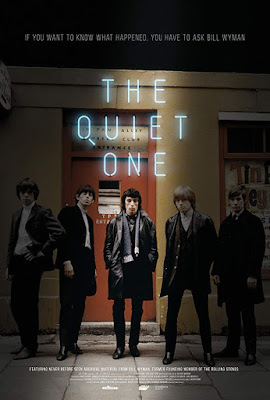 After the Tribeca Film Festival press screening of the Bill Wyman documentary The Quiet One there was some grumbling that the film focused so much on the Rolling Stones that the film is a defacto Stones doc. While that is partly true, I think it’s missing two points, first most of Wyman’s life was with the Stones and second, outside of that period his life wasn’t really “exciting”. On the other hand it is a glorious portrait of a man most people know nothing about.