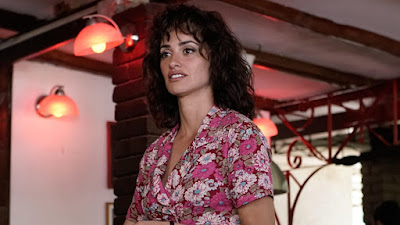 In her 1964 essay “Zeigeist and Poltergeist; Or, Are Movies Going to Pieces?” critic Pauline Kael lamented the growing trend among foreign art house movies for narratives that favored “structural disintegration” and, even worse, the newfound expectation among American audiences that jumbled storytelling was de rigueur among “serious” film artists. She recalled one incident during a screening of Ingmar Bergman’s Brink of Life (1958) where the projectionist accidentally mixed up the film reels and played them out of order. When she confronted the theater manager he’d scoffed and said that he’d “been playing the film for two weeks and I was his first patron who wasn’t familiar with Bergman’s methods.”

One can’t help but feel similarly frustrated with the frequently decentralized storytelling in Olivier Assayas’ Wasp Network, a film where it feels like not just the reels, but individual scenes were assembled out of order. An ambitious exploration of a real life Cuban intelligence ring that infiltrated the Cuban exile community in south Florida in the late nineties, the film seeks the same sprawling breadth of his 2010 miniseries Carlos about Venezuelan terrorist Carlos the Jackal. But what Assayas did with that film in five and half hours he attempts here in Wasp Network in only two, resulting in an alternatively languid and rushed mess.

Though Assayas is frequently at his best when he limits his perspective to a single character wandering through a strange environment—Maggie Cheung or Kristen Stewart navigating the bizarre worlds of Parisian cinema and high fashion—he’s admirably managed ensemble cast films before. But here he collapses under the strain. Consider the first half of the film where each reel is devoted to an individual agent fleeing Cuba for the states, their stories all feeling like unrelated short films. We don’t even know they’re double agents until a jarring montage in the middle of the film where Assayas bucks his measured storytelling for a getting-the-crew-together montage set to a pop song that feels like a drive-by Scorsese-ing. Even after this Assayas refuses to explore the interiors of his characters: why are they spies?; why do they abandon their families? The film only works when it focuses on the people trapped in the middle of the Cuba/US espionage battle, mainly Penélope Cruz as the wife of one of the operatives. It seems Assayas chose the wrong ensemble to focus on. 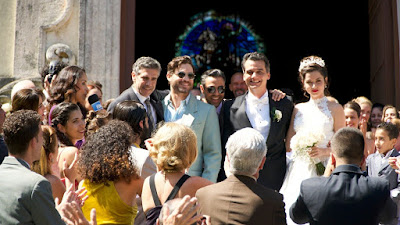