Capsule Reviews: WE WANT TO PLAY, THAT TERRIBLE JAZZ and VERA 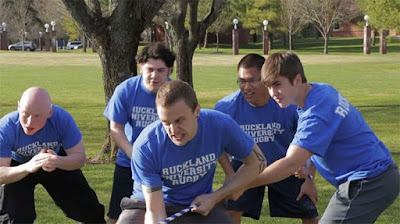 WE JUST WANT TO PLAY
a men's college rugby team gets into trouble and maybe de-funded when it runs up against an administrator who has it in for them. Funny college sports comedy get better once it gets away from the opening frat scene and gets down to telling the story of where the trouble started. Its funny for all the right reasons and has a great turn by Timothy Cox as the bad guy of the piece. 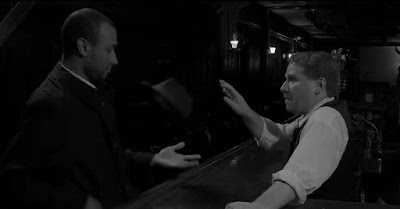 THAT TERRIBLE JAZZ
Solid homage to film noir about a jazz band hiring a PI to try and track down their missing sax payer. Of course things aren't that simple.  Well done little confection perfectly goes through its motions to it's not quite expected conclusion. It's exactly the sort of thing that any over of film noir will eat up.

VERA
Young Russian woman with no options takes up with an older business man but his sister has suspicions. Well acted three-hander works because the excellent cast,Sofya Nova, Tatyana Yassukovich, and Timothy J. Cox put it over making.what could have been a pat tale something more.
Posted by Steve Kopian at October 11, 2019