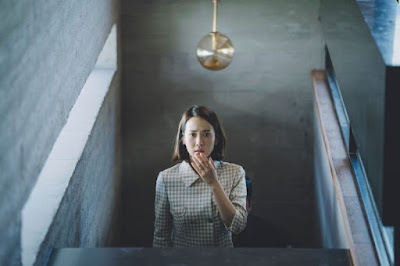 In European folkore, there’s a race of fairies known as changelings who kidnap human babies and replace them with their own. These changelings might look human, but they're really monsters that steal the affections and attention of their unwittingly hostage parents as their real child disappears into the Land of Fey. Bong Joon-ho's Parasite wonders what would happen if a family of changelings moved into another unsuspecting family's home and one-by-one began to usurp them.

The film follows the Kims, an impoverished family of unemployed laborers who, through methods both clever and cruel, ingratiate themselves into the employ of the wealthy Park family: the son Ki-woo is hired to tutor the Park's teenage daughter, then convinces them to hire his "acquaintance" Ki-jeong (his sister) as an art tutor for their young son; Ki-jeong frames the Park's driver for sexual misconduct and "recommends" their father Ki-taek as a new chauffeur; the three then trick the impressionable Park mother into firing their housekeeper so their mother Moon-gwang can get hired in her stead. This is only the first act, and from there the plot twists and turns so unexpectedly that to even hint at what comes next would be cheating.

Joon-ho has long held a reputation for irreverent genre-blending, perhaps most notably with his kid’s-film/eco-thriller/tragedy Okja (2017). But here in Parasite the act of foiled and surprised expectations is itself central. It’s a film specifically about false surfaces (both figurative and literal), confidence games, and lies. But it’s also notable in its vision of class warfare, long one of Bong's causes célèbres. In his past films the line between rich and poor, powerful and powerless was demarcated by ruthless cruelty—consider Snowpiercer (2013) where the poor revolt against their bourgeois masters in a post-apocalyptic earth where their children are harvested as machine parts. But here the morality is muddled. Though impoverished, the Kims are wicked in their methods, hurting and even killing others for their own gain (even their fellow desperate proles!). Here Boon seems to channel fellow cinematic provocateur Luis Buñuel who always believed that, while the rich are bastards, the poor could be even bigger bastards. This film would make a perfect double feature with Buñuel's Viridiana (1961). Parasites have no morality, they must feed: on their hosts, on their world, and finally on themselves.