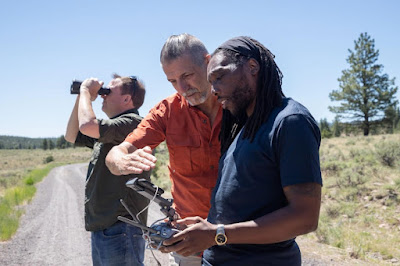 I have always been fascinated by the FuGo- Bombs. These were paper balloons sent aloft by the Japanese with incendiary and regular bombs so that they could ride the jet stream and bomb America. They thought that about ten percent of the nine thousand balloons would hit the US and cause damage. While the balloons killed a few people, the much hoped for burning of the west coast never happened .  Instead of the nine hundred terror weapons that were to bring panic we only of about three hundred and sixty cases where they made it, so potentially there are another six hundred out there.

GREAT BALLOON BOMB INVASION is the story of Martin K.A. Martin, a historian who has become fascinated by the balloons. He has made a study of the balloons in the hope of preventing a tragedy happening. That may sound like a something that is inconceivable since the war was seventy years ago, however the balloons and their deadly cargo are still being found in the wilderness and as a result there is a very real possibility that some one is going die running across them.

This is a great film. It’s a wonderful look at the history of the bombs, the effect on North America (Bombs hit in the US, Canada and Mexico) and the people trying to understand it all. It’s an informative film that gives us way more information than we might have expected. I say this because I thought in the early on I thought the film was going to run out of things to say but instead it kept going, keeping me staring at the screen from start to finish.