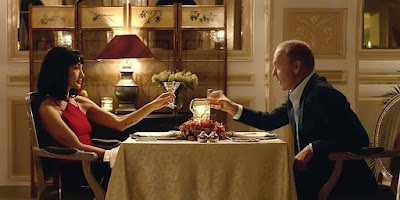 Maggie Q plays one of the best hit persons in the world who is set on the road of revenge when her mentor (Samuel L Jackson) is killed for looking into a matter concerning a death decades before. Along the way she collides with a fixer and bodyguard for the bad guy played by Michael Keeton.

Woefully under seen action thriller is one of the real delights of the year. A smart action film where characters come first. This is a film about people and not about guns, though guns… and knives… and metal trays are all put to deadly use. This is a stunning film that any action lover should see.

The cast is incredible. Maggie Q is first rate and makes a grand case she needs to be given more leads. Samuel L Jackson is note perfect. And Michael Keeton has one of his best roles in years. He’s so good that you’ll hate the fact that he is the big bad going up against Maggie since you know he’s not going to be walking away.

What is clearly apparent is that Martin Campbell is an under rated director. Looking back at his filmography it’s clear he’s doing some of the most consistently great film in Hollywood. With films like CASINO ROYALE, EDGE OF DARKNESS, THE LEGEND OF ZORRO and THE FOREIGNER he should be heralded as one of the best directors working today.