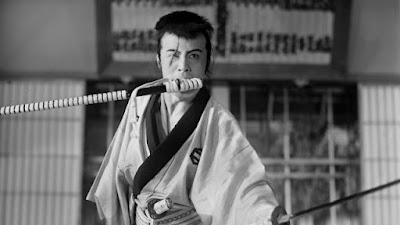 Tange Sazen and the Pot Worth a Million Ryo plays December 11
Longest version of the classic film is something that several of my friends have been dying to see for years.

The plot concerns a map for a hidden one million ryo which was drawn on a pot with monkeys on it. The pot shifted owner ship and as the rightful owner tries to get it back it ends up being sought after by various people. Samurai comedy of manners plays as almost a stage play. For someone like myself who watches a good number of modern day samurai films watch this stylistically different film required a bit of adjusting. While there is nothing really wrong with the film, its just required me reminding myself this was different time and place than present. 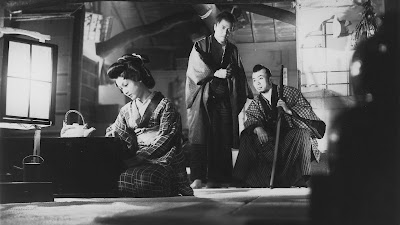 Priest of Darkness Plays December 17
Gambler gets in over his head when he takes  samurai’s knife thus bring bad luck on himself and those around him.

Based on a classic kabuki play, Priest of darkness is a soapy drama  that sucks you in and pulls you along. I wasn't sure abut the film at the start but as it went on I got hooked and had to see how it came ut.

While perhaps a little too intense for my tastes it is definitely worth a look.