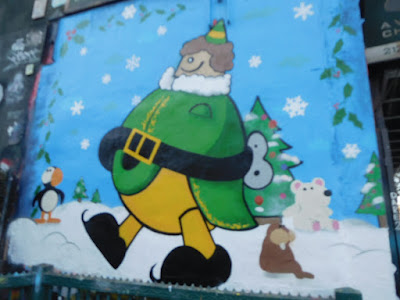 Far be it for me to say what a person can or can’t do, but at this point JK Rowling needs to shut up and go away.

If she wants to write and put out stories feel free but she needs to keep her opinions to herself.  I wouldn’t care but she is trying to tell stories about a wonderful world where we can all come together, except she want people to be how she sees them which is wrong. (Three years ago I wrote a long piece on when you can and can’t separate an artist from their art which can be found here)

People need to be who they are.

She also needs to get a new PR person because whomever she has now is making a major mistake letting her shoot off her mouth as her new multimillion dollar film is coming out. With each statement fewer and fewer people want to see the films which few people want to see to begin with because it's not from her books.

I apologize for commenting but she keeps popping up in my feeds and I’m tired of it.

The whole insanity regarding West Side Story is getting out of hand.

First everyone has jumped on the film because last year, well after the film was finished the Ansel Elgort was accused of improper behavior and wanted him removed from the film.  Nice idea but economically not possible.

This year everyone jumped on the film wondering why he was cast when there were charges against him outstanding…completely forgetting they complained about it last year or totally unaware that the film was finished before the charges surfaced.

Now everyone is jumping on the film because the film under performed. My thought was who in their right mind ever thought West Side Story was going to be a blockbuster? The audience for the film is not really going to go to a covid theater. More importantly other than theater or film geeks I don’t know anyone under a certain age who cares about the project. This was not a film that people were going to get excited about. It’s not even In The Heights which a hot modern day composer.

(Addendum: As this posts there is talk on Twitter about Disney intentionally killing any Fox projects like West Side and now Nightmare Alley which it is allowing theaters to be removed from theaters so Spiderman can get more play)

I rewatched THE RISE OF SKYWALKER for the first time since the theater.  It's not very good.

It needs to be three hours longer. Too many plot threads are left hanging. Yea it has emotional moments but only becase of 45 years of characters floating around.

The biggest problem is the zombie emperor which is just stupid as a stick- especially when he lightnings all the ships. This is little kids playing in the sandbox not adults telling a story.

I understand how it killed my need to ever see any more Star Wars films in me.

My Sundance dance card is done. I have 25 films scheduled based almost entirely on what I want to see and not what I think I should see.(though I think there are two of those only because thy were in slots needing to fill.) Stay tuned to see how it all plays out.

Going to be diving into NY Jewish Film Festival soon. They announced their slate and it looks great.

NYJFF is always the first fest of the new year so I'm excited.