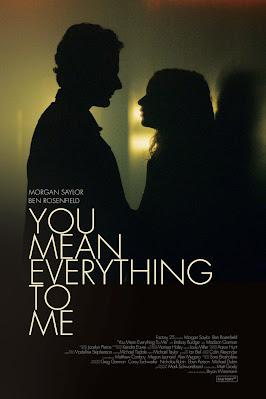 Cassandra is thrown out of her sisters apartment and left to fend for herself. She falls hard for a DJ as a strip club and begins a decent into the dark side.

While I love the look and of the film and the cast I’m mixed with some of the writing which makes things a bit bumpy. For example Cassandra falls in love rather quickly. She does so despite our not really seeing any reason for her to do so.Yea the DJ listens at first but there is nothing there to indicate why she would fall under the spell. The film also isn’t wholly clear as to why Cassandra is off on her own since her family seems rather loving and accepting.

For me this was a mixed viewing experience. While I wasn’t keen on much of the drama, I am rather high on the craft of the film. Director Bryan Wizemann and his cast have put a kick ass film together. It has a tactile feel at times that most other filmmakers never achieve. There is also a look to the film that is compelling. The images, the shot choices made this a film that kept me glued to the screen even as I was not so sold on the drama. The cast also is largely sterling with everyone, and especially Morgan Saylor shining in roles that were slightly under written.

Frankly as mixed as I am on the writing everything else in this film makes me want to see what everyone does next. While that may not sound like much, but it is ultimately everything. There is no higher praise that I can give a filmmaker than expressing a desire to see what they do next. A long time readers know I love to find new directors to put out there. Bryan Wizemann is a director who has impressed the hell out of me. I want to see what’s next.