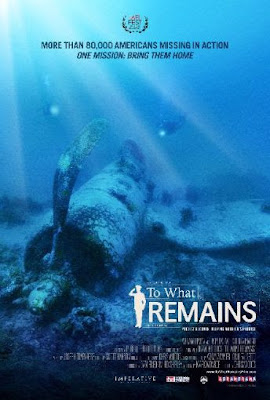 Beautiful film is a lovely look at the people trying to heal decades of hurt for familites not knowing what happened to lost loved ones. As we see in the film we see that Project Recover allows families to put a period to the lives of lost lve ones by giving them some idea about what happened. It's something that will move you.

While the film doesn't reinvent the wheel, it does manage to make us connect to the past. Through the films simple stories we connect to the stories of the families and comes to understand how we might have felt had we lost someone in battle but not in a way that would give us closure. It is a film that shows us that the past is with us, and that some people are looking to lay it to rest.