STREET GANG: HOW WE GOT TO SESAME STREET hits HBO December 13 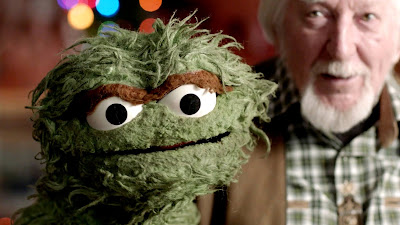 With the film hitting HBO here is my Sundance review
Wonderful portrait of Sesame Street from the initial idea through the death of Jim Henson. While Henson is not always the focus of the film, his death was the point where the show changed.

I've been sitting on doing a review for this film since I saw it a couple of days ago for a couple of reasons. The first is that I got over whelmed with other films. The review could wait as I watched the other films at Sundance.

The other reason is I didn't know what to say.

Yes you've been here before. Yes you've seen some of this material. At the same time the presentation is such that it will make you cry in both sadness and happiness. If you grew up on the show you will nostalgic. If you have been there, like me, from the start it will connect up your entire life.

Ultimately I simply decided to do a short piece and simply say- this is like the best episode of Sesame Street -it will entertain you while showing you something you didn't know.