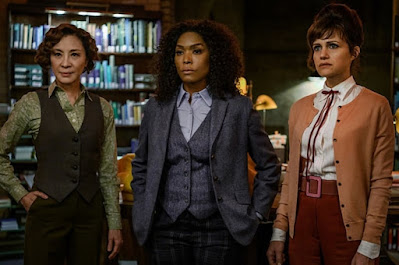 Sam is a young girl who is the daughter of an assassin grows up to become one herself when her mother flees after a botched job. Years later Sam is forced to protect the daughter of a man she tried to kill.

Light hearted attempt at a female style John Wick film has everything you could want in a film from great action, to pithy comments and a cast to die for, but unfortunately the film never quite clicks. Its not that the film isn't compelling, rather it's simply that it feels off. There is something wrong with the rythm of the film, be it the editing or music or something, for some reason this film never really comes together.

And it's not that I hate the film, I don't, more that it's good enough that you know it hould have been better. I mean everything is dead on perfect but it just never feels right. Hell if this was on regular cable instead of Netflix this would be a film I stopped to watch every time it was on.

Disappointment aside its definitely worth a look if you have Netflix.