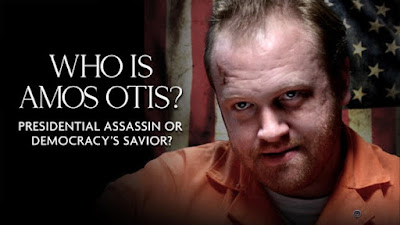 Based on a play that was a Pulitzer Prize finalist in 2019. The plot concerns a man who kills the president of the United States and then claims that it was self-defense. He argues that the President’s move toward dictatorship was threatening his life.

This is a good but stage bound film that ponders if political assassination has a place. It is clearly a work of modern America when  Donald Trump sought to crown himself king, stacked the deck to remain in office and many pondered if some one shouldn’t kill him to prevent the loss of America’s freedoms. While some will argue Trump had to do what he felt had to be done, there was and still is a feeling that things are broken politically and the extreme wings of both sides  often suggest that murder is a viable way of dealing with those we don’t like.

I liked this film. While it is really less a film about characters than of ideas, it dos get you thinking. It doesn’t provide easy answers even if it leans toward certain conclusions. While the film would be better if it gave us real characters and not constructs, it’s not fatal to the film.

If there is any problem its that this really is little more than a filmed stage play. There are few sets and the camera set ups are minimal.  While I could argue that the ideas make this a film that needs to reach a potentially the larger audience a film will bring the play,  there is nothing in the presentation that makes this a living breathing film or representation of life. It feels like it would have been better on stage where the lack of action and small cast would have been forgiven.

Still the ideas are powerful and worth a look.