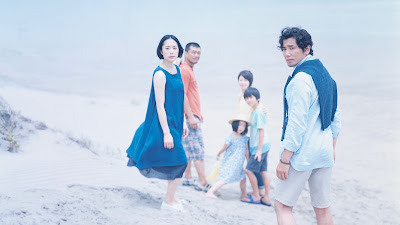 A writer named Sachio's wife is killed in a bus crash. Unable to fully grieve he agrees to take in the children of a woman who was also killed in the crash. The children's father is both too distraught to care for them and unable to do so because of his job as a truck driver.

Very good, very well acted drama covers some territory you'd expect from a tale like this but also manages to carve out some new as well.

One of the better dramas at this year's Flash Forward it is definitely worth a shot.