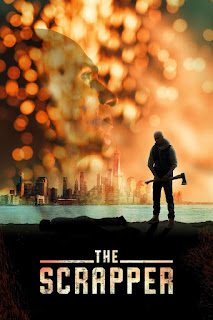 Saddled with a learning disable brother and a kid on the way a low level crook tries for one more score before getting out of the life.

Good crime drama score points by being set in the ethnic communities of Queens. While we have been fed countless crime films featuring Italians this is the first American film I’ve seen that was set in a Punjabi one. While the notions of good guys and bad guys largely remains the same the fact that this isn’t what we’ve seen before scores a lot of points.

Also scoring points is the fact that is a nifty little thriller. This is a well made neo noir film.  To be certain it doesn’t reinvent anything but It’s a great looking film with a killer cast that hooks us and drags us along. There is a passion behind and infront of the lens and as a result be care as much as the filmmakers.

I had a blast watching this because it doesn’t feel like most films of this sort, namely a paycheck job for the cast.