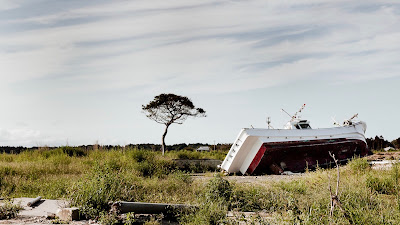 Director Kyoko Miyake returns  the village of  Namie, now inside the exclusion zone around Fukishima. Kyoko’s aunt had lived into the village  and is now displaced, but still hoping to return home one day.

Bittersweet look at her aunt, her family, the town she lived in and Japan. It’s a quiet look at the devastation the accident caused on so many levels, especially the human one.

What moved me about the film is how well it held up. I say this as someone who is frequently asked to see a new documentary on the disaster. After a while they blend together and you have a feeling that we’ve seen this before. Watching MY ATOMIC AUNT I didn’t  feel like it was covering the same material. Eight years since it’s release the film some how seems for vital and alive. Perhaps it’s the fact that we know that so much hasn’t changed. People are still displaced and people are still fighting to go home, even though it will kill them.

This is the rarest of things a record of a long ago event that is still speaks volumes.

(Note: The title of the print I saw was SURVIVING THE TSUNAMI MY AROMIC AUNT)